AT THE EUROPE HOUSE, THE HAGUE – THE ART OF THE SYMPHONY 2019 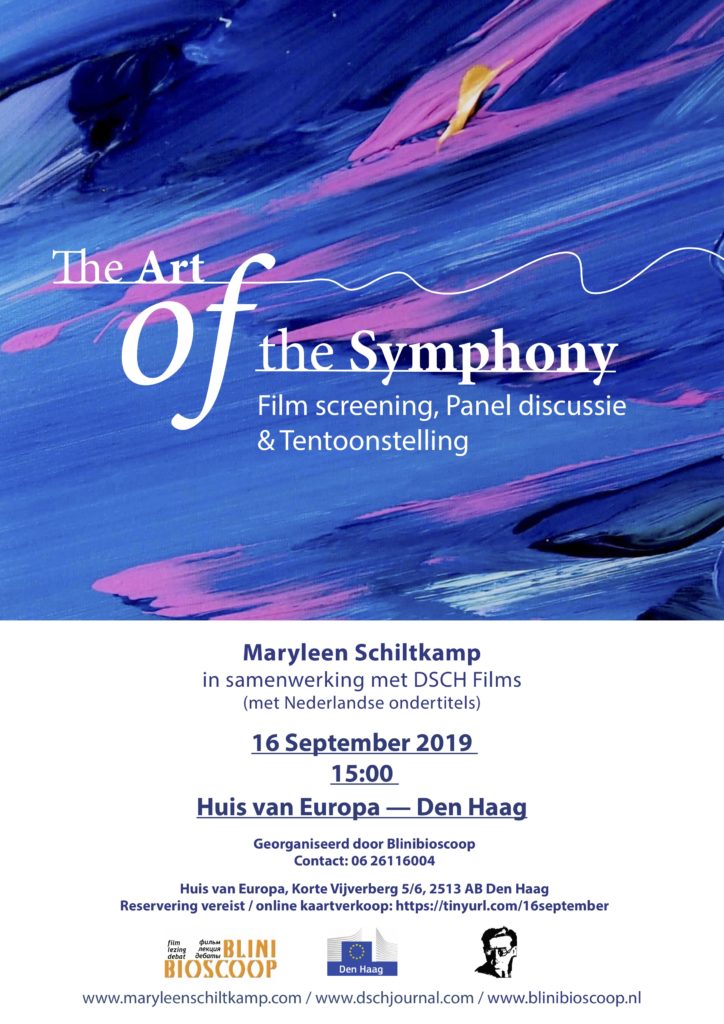 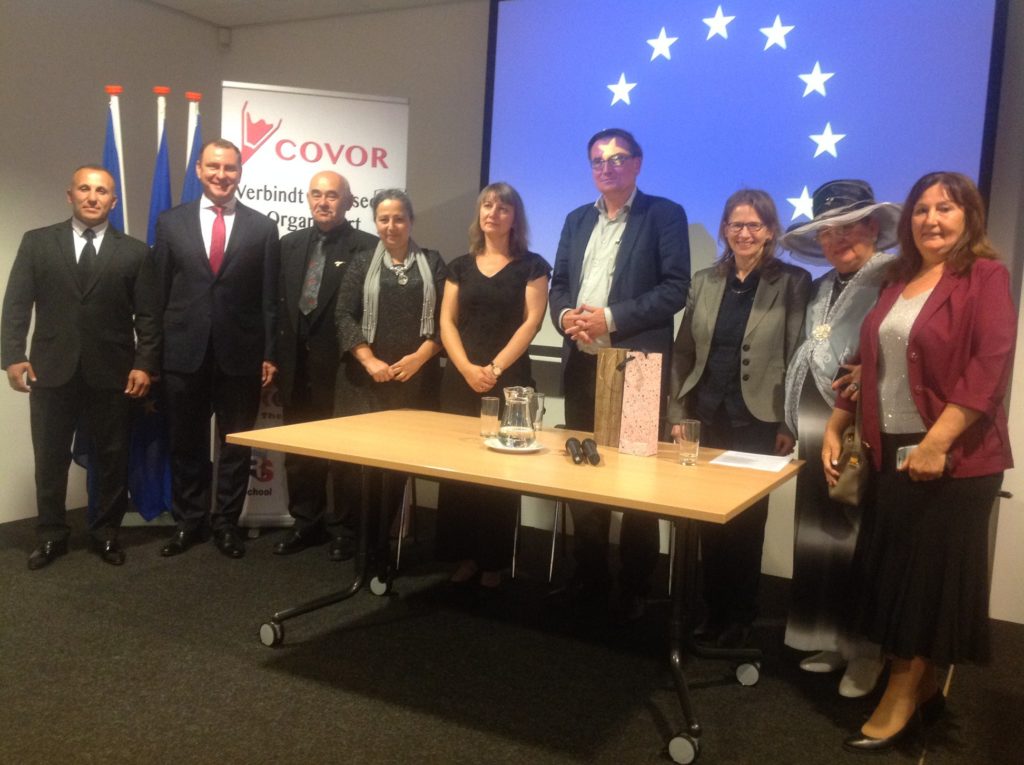 Line-up of embassy deputies, the organizers of Blinibioscoop, panelspeakers and moderator at House of Europe, The Hague on 16 September 2019. View Movie page 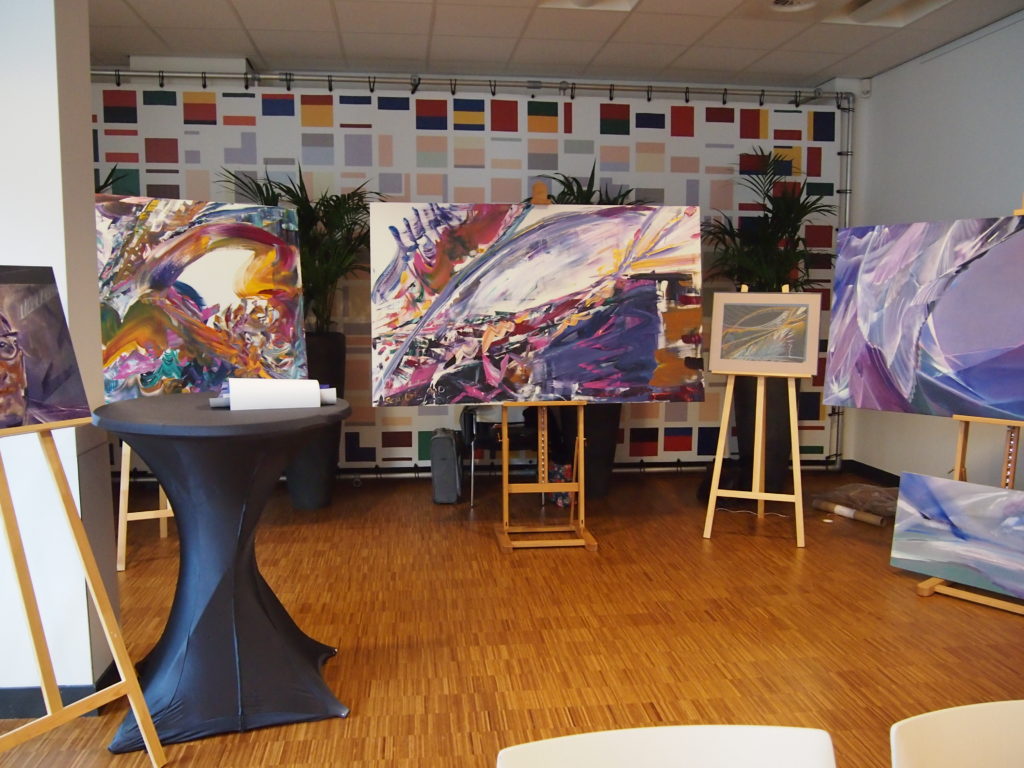 AT DE BALIE IN AMSTERDAM – THE ART OF THE SYMPHONY 2019 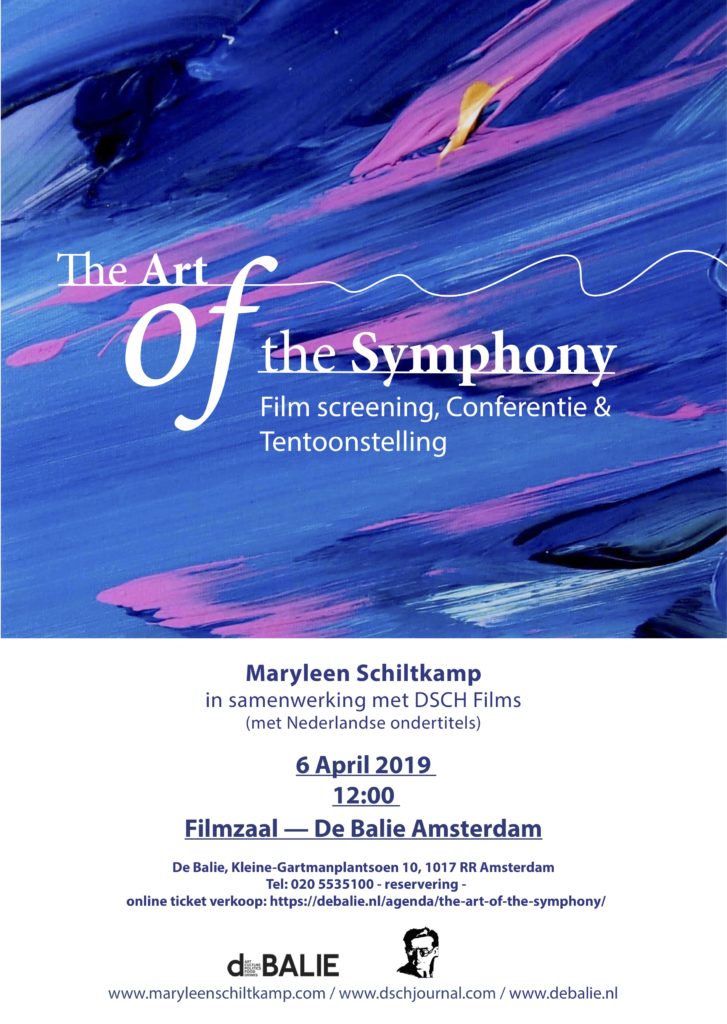 On 6 April at De Balie in Amsterdam the film screening, panel discussion & exhibition of the documentary film ‘The Art of the Symphony’ took place, with a full auditorium attending and interesting panel discussion.

Filmed in Prague, ‘The Art of the Symphony’ takes us from a studio where live paintings of Shostakovich symphonies are created, to archive footage of Prague during the Communist era and to present-day sites of former Communist monuments. Through these images, the main theme of the film – freedom from oppression – is related through a humanitarian, rather than political standpoint where; the individual, the human soul, strives to rise above this agony. Shostakovich’s Fourth Symphony is at the heart of these notions.

The documentary (50 minutes) was screened in the Filmzaal of De Balie, and followed by a panel discusssion and Q&A, after which an exhibition of the paintings created and filmed for ‘The Art of the Symphony’ could be visited in the upper-foyer at De Balie, Amsterdam. 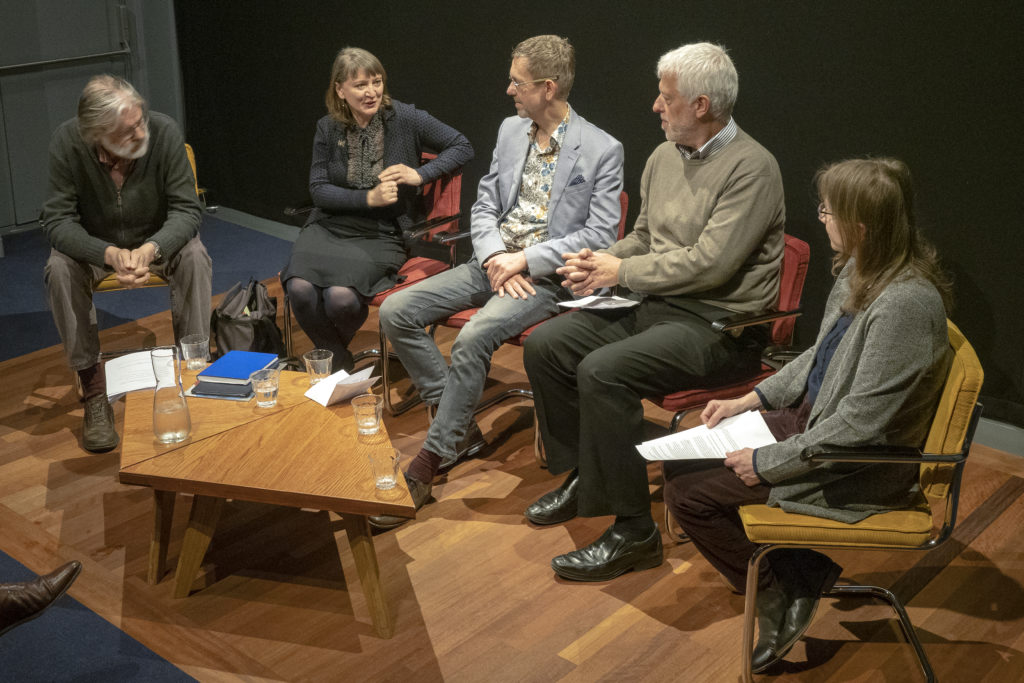 The subjects of the panelspeakers reflected the central theme of the documentary – freedom from oppression: 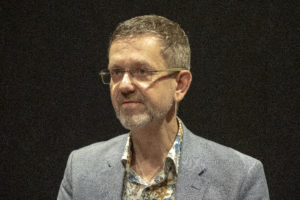 Panelmember Libor Stichauer, Czech scientist and speaker at Jan Palach commemoration 2019, Czech Center/ Goethe Institute Rotterdam. Very strong speech on the value of principles and commitment, with the memory of Jan Palach self-demolition on January 19, 1969 on Wenceslas square in Prague as a universal signal. 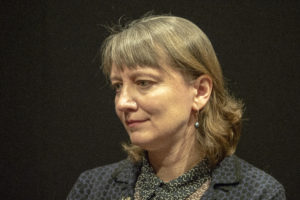 Panelmember Olga de Kort, musicologist, music journalist and critic, with expertise on the reception of Russian composers in the Netherlands. Olga enlightened us on Shostakovich and the Fourth Symphony. 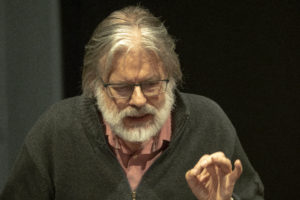 Albert van der Schoot, aesthetician, musicologist and philosopher. His subject was the Zhdanov Decree of 1946 and its effect on Shostakovich. Soviet Realism in music was questioned, as were grounds for ‘Formalism’; ‘Anti-Formalist Rayok’ was held as example of Shostakovich’s satirical reply. Integrity of the composer and moral dillemma’s were addressed in the panel discusssion 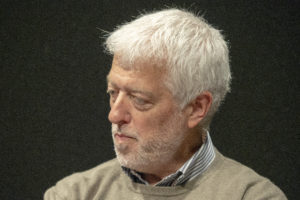 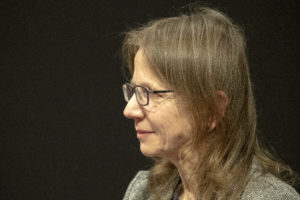 The exhibition of paintings was open for public at the upper-foyer of De Balie for one week, during 5 – 12 April

Many thanks to the employees of De Balie for their kind support and cooperation!

Screening this year (2017) a new film “The Art of the Symphony” in which we follow the creative voyage of painter Maryleen Schiltkamp, who invites us to experience her work on depicting Shostakovich’s Symphonies on the canvas. The film culminates in the creation of three paintings evoking passages from Shostakovich’s Fourth Symphony, created “live” in her Prague studio. Produced by the DSCH Journal affiliate DSCH Films, filmed & directed by Alan Mercer. 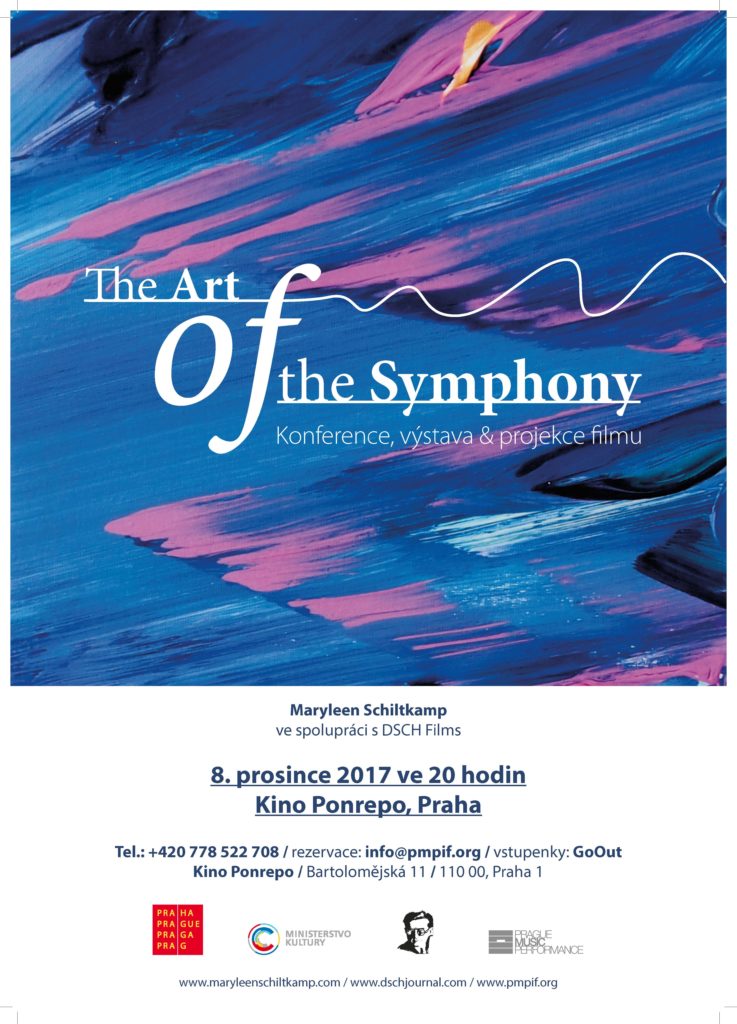 Poster for The Art of the Symphony in Prague, 8 December 2017 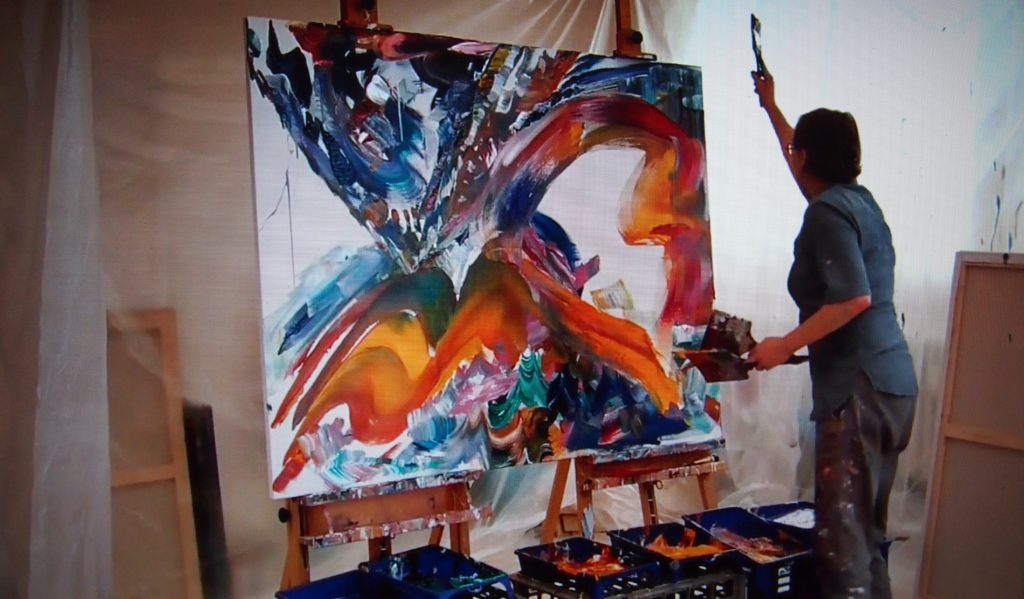 The Art of the Symphony – Maryleen painting the music of the Moderato, 2nd movement of Shostakovich Fourth Symphony 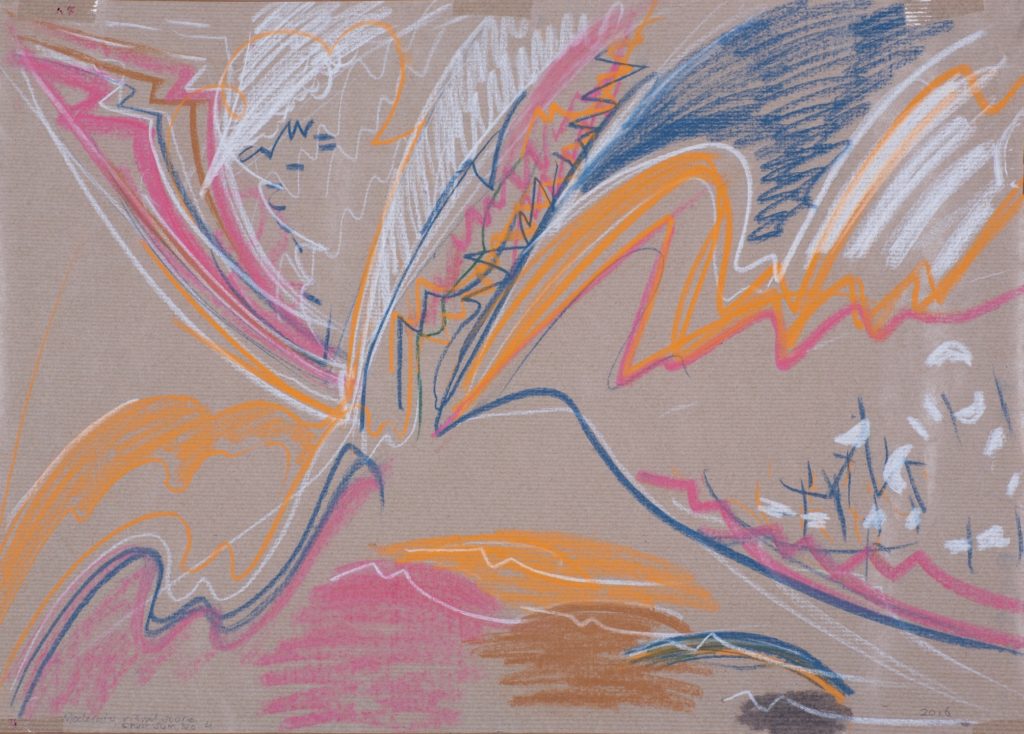 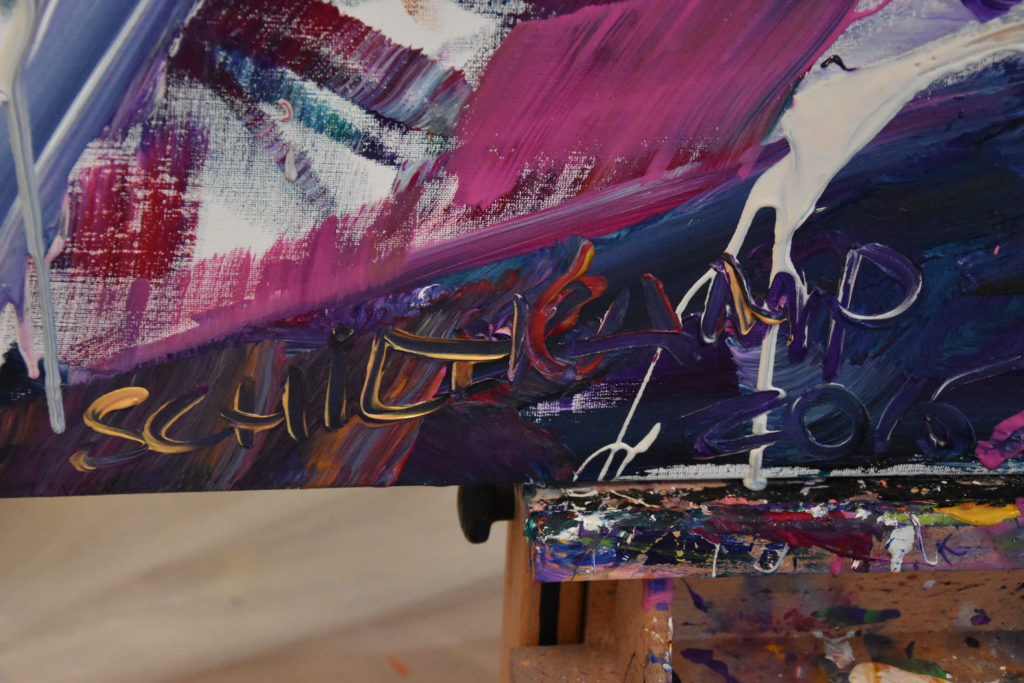 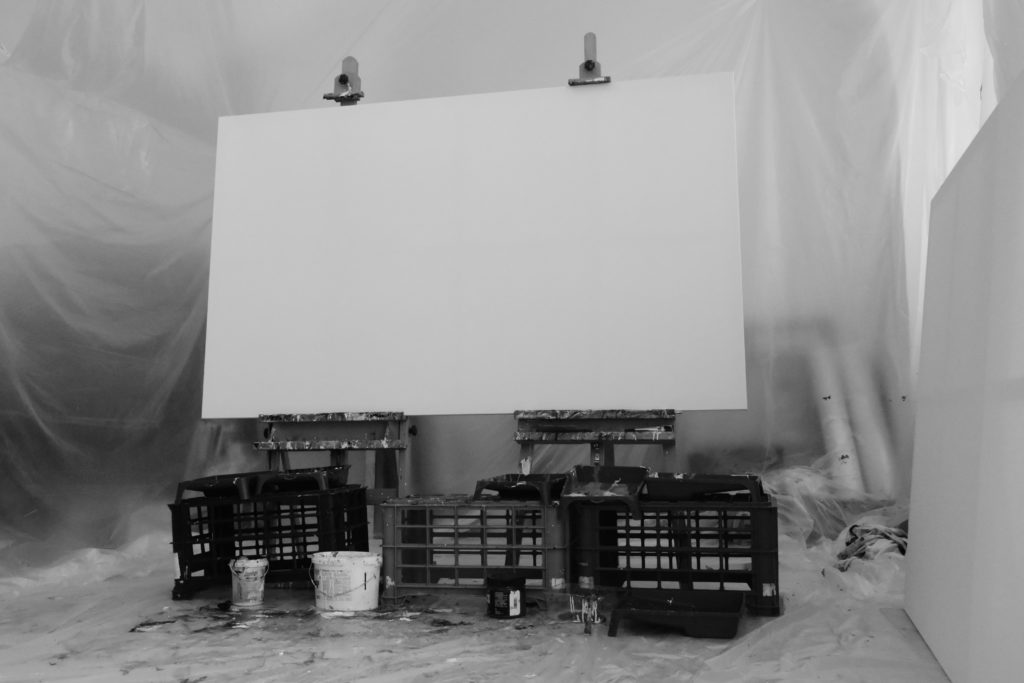 Brochure of the pre-screening conference and exhibition ‘The Art of the Symphony’
Paris, 13 May 2017 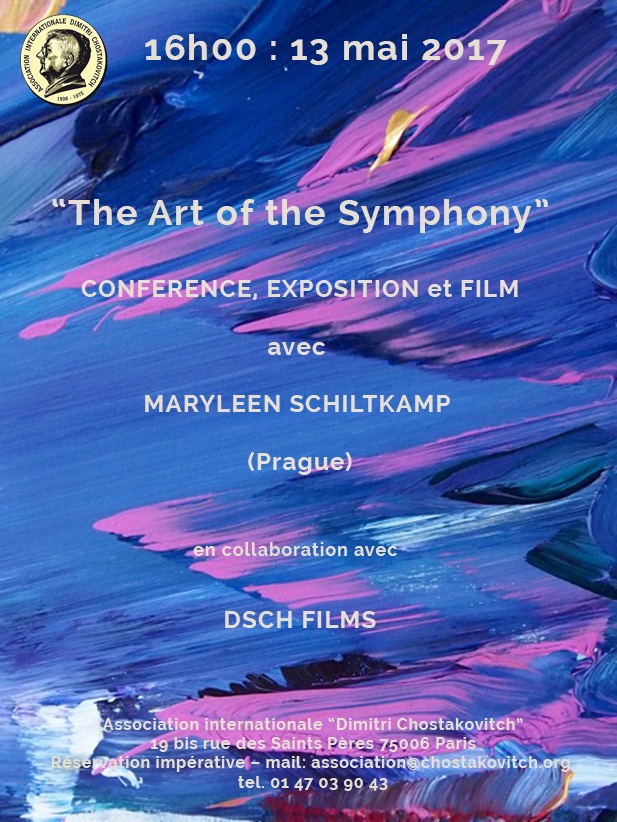 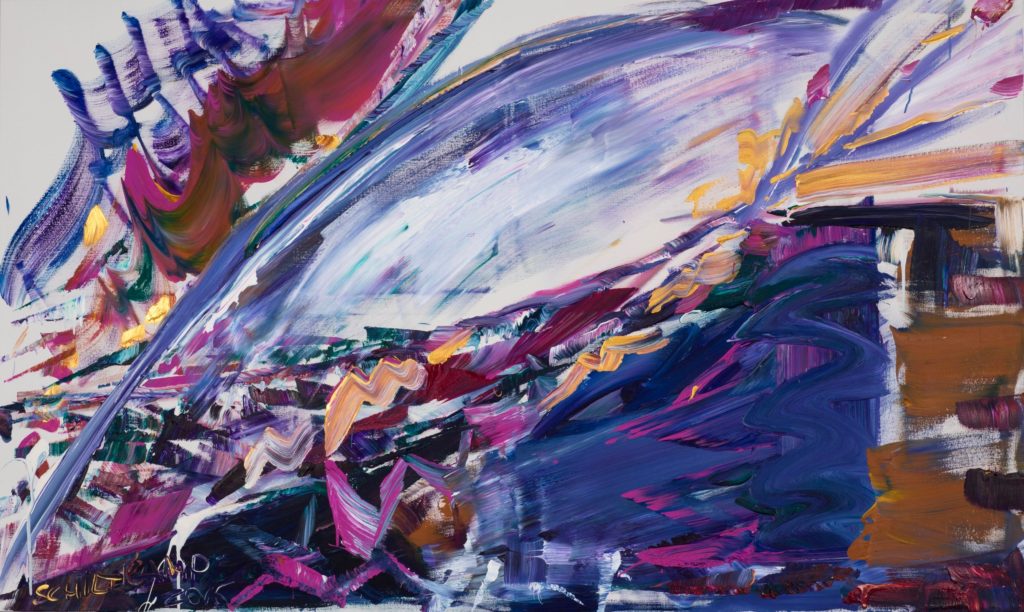 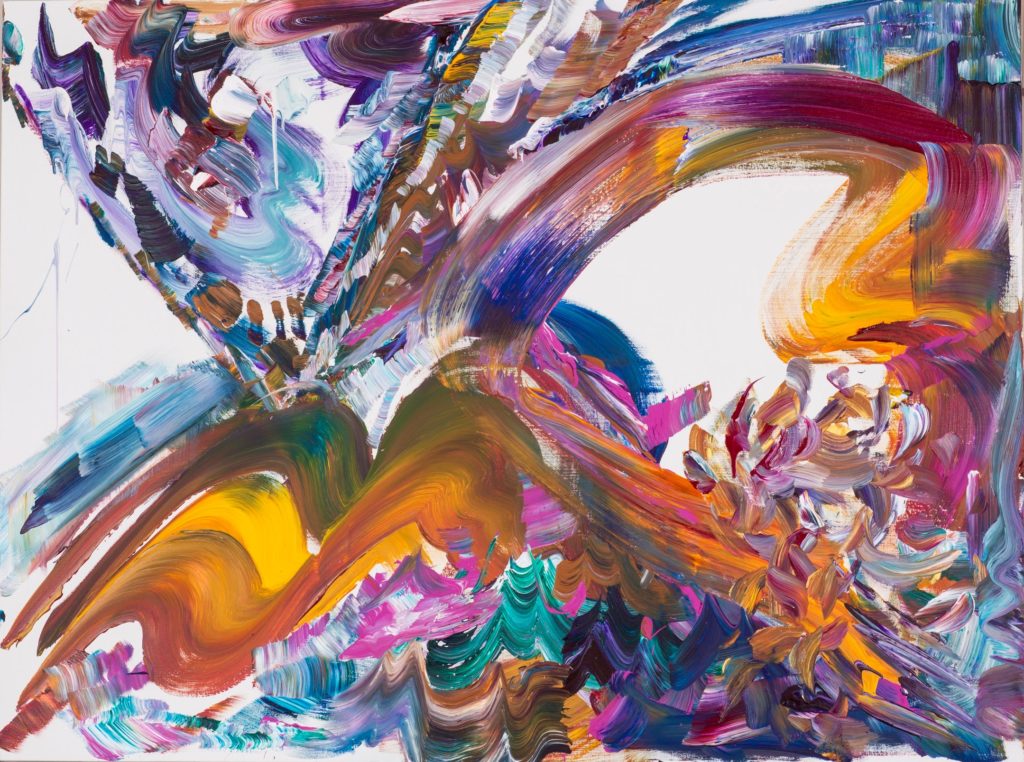 Shostakovich Symphony No.4 – I movement: Presto – Fugato
acryl paint on canvas, 200 x 100 cm, 2016 – duration 1:30 minutes
Live-Painting for the DSCH documentary ‘The Art of the Symphony’ 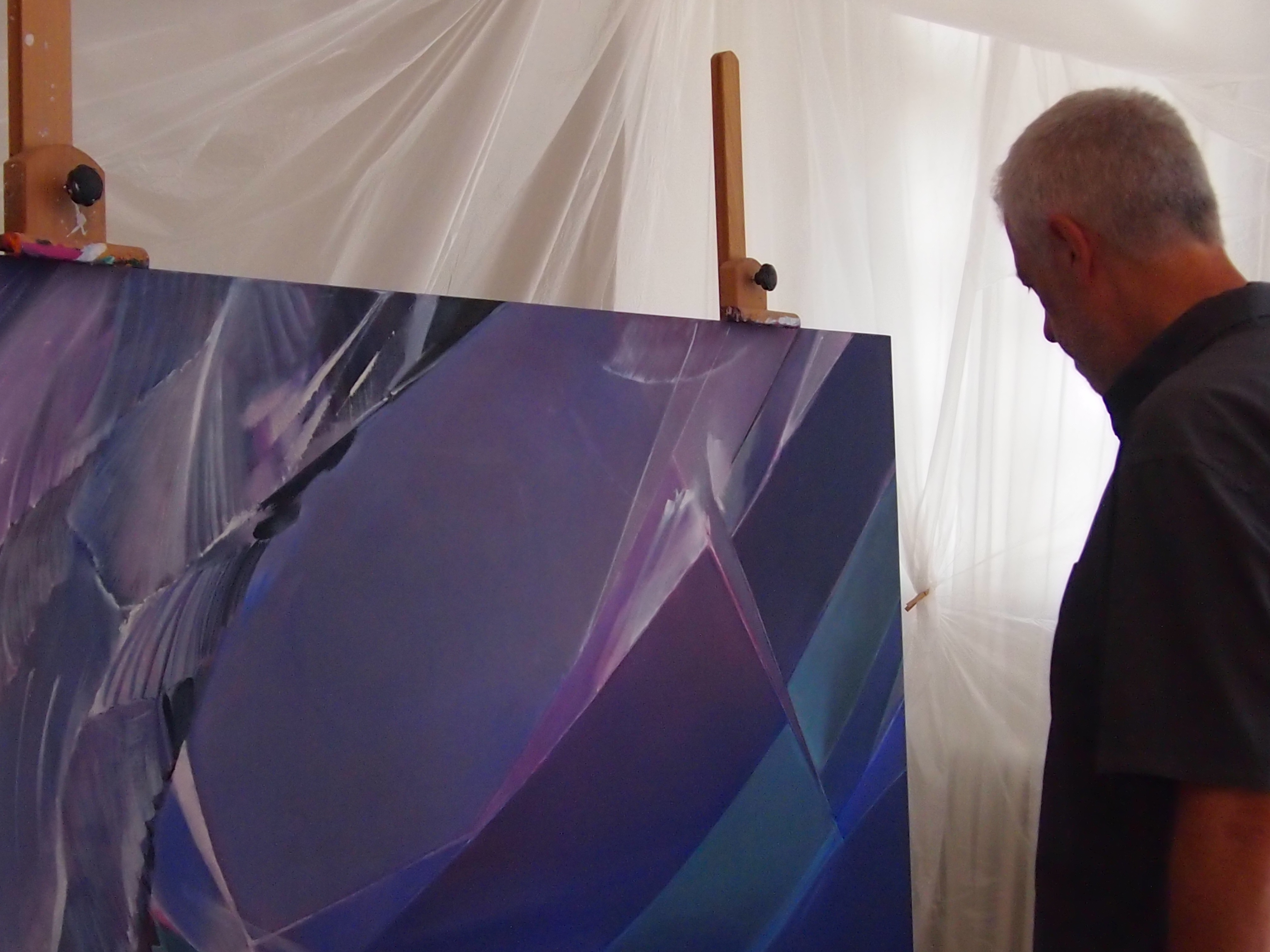 Alan Mercer with the painting ‘Shostakovich Symphony No.10’ – Prague Studio, 2016 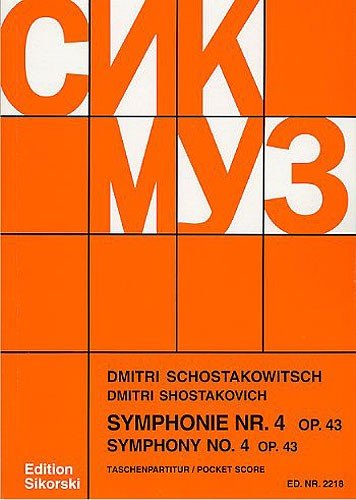 ‘The Art of the Symphony’; short video-introduction to a film on Maryleen’s paintings on Shostakovich’s Symphonies currently being made by D.S.C.H. Films 2016